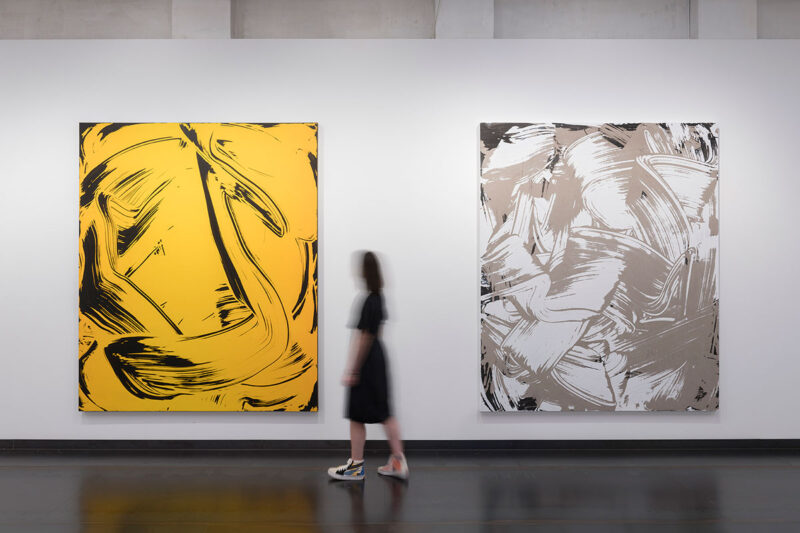 
Constant research and experimentation are characteristic of Yago Hortal (Barcelona, 1983), who returns to Galeria Senda to inaugurate a new stage and season. The exhibition, which can be visited from 15 September, will surprise all those who are familiar with the work of the Barcelona-born artist, who moves away from a successful formula to discover new ways of dialoguing with painting, introducing new concepts and techniques.

Hortal, who held his first exhibition at the gallery in 2006, has shown his work there on many occasions. His solid career has earned him, this year, a much commented individual exhibition, Allò era abans, això és ara, at the Can Framis museum (Fundació Vilacasas). Hortal has generated a recognizable and unmistakable image, a style of his own that now, however, he seems to be running away from.

His work is based on a strong commitment to painting and the act of painting and is currently evolving. Hortal continues on a path of experimentation to inaugurate this new stage, also exploring new techniques and styles. His canvases, where vibrant forms used to be structured and color was portrayed, are stripped of all superficiality to reveal the essential and make the trace visible. Now, Hortal intervenes on the canvas, revealing a negative of the painting process itself, a record of the creative trace.

The great visual impact of Hortal’s work was largely due to his suggestive style, the effervescence of his forms, and the application of pictorial masses, which created a third dimension and expanded the pieces beyond their natural limits, the canvases. From this additive technique, in which everything was added and added, the artist now moves away; it is a subtraction that reveals the process of painting, the essence that Hortal brings out. He maintains his expressiveness but inverts the protagonism. The forms that were previously arranged, guiding the gaze and dotting the canvas, are not added, establishing a new dynamic in which it is the movement and gestures of the brushstroke itself and not the paint that structures the work; the whole painting becomes a testimony to the pictorial action.

Moving away from fluorine tones, Hortal has adapted his colourful compositions to primary and natural tones. He sheds the impetus and vitality of the forms he had worked with until now, which masked the strokes and traces of brushes and paintbrushes. He replaces it with a layered work, with flat colours and carefully separated levels; what constitutes the painting, what is essential, “is not what is added, but what is subtracted”.

Yago Hortal’s work reinvents itself, in accordance with his continuous restlessness to experiment and grow. Unaware of trends, he follows the rhythm of his own beat and draws a singular path in search of a dialogue with painting.